Show/Hide
COVID-19 Updates & Most Recent Information. Latest COVID-19 Public Health announcements, community resources, updates and how we can all do our part to flatten the curve. 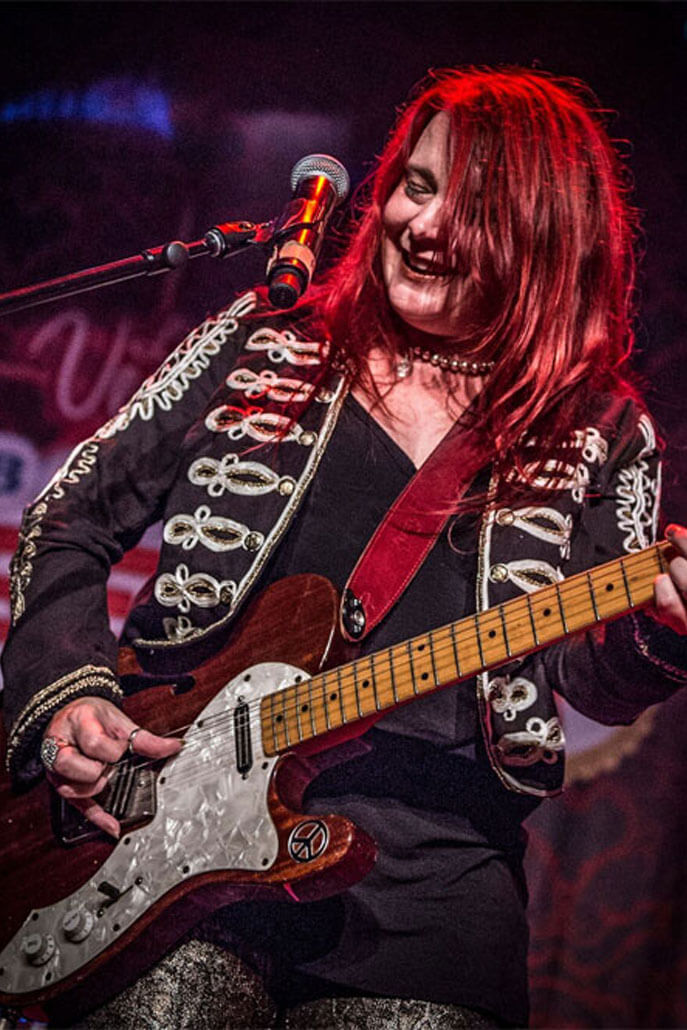 A musical force equipped with the soulful vocals of Janis and the guitar slinging skills of Stevie Ray, Carolyn Wonderland reaches into the depths of the Texas blues tradition with the wit of a poet. She hits the stage with unmatched presence, a true legend in her time.

Carolyn grew up the child of a singer in a band and began playing her mother’s vintage Martin guitar when other girls were dressing dolls. She’s gone from being the teenage toast of her hometown Houston to sleeping in her van in Austin amid heaps of critical acclaim for fine recordings Alcohol & Salvation, Bloodless Revolution, and more recently, Miss Understood and Peace Meal.

Along with the guitar and the multitude of other instruments she learned to play – trumpet, accordion, piano, mandolin, lap steel – Wonderland even throws in a whistling solo on occasion.